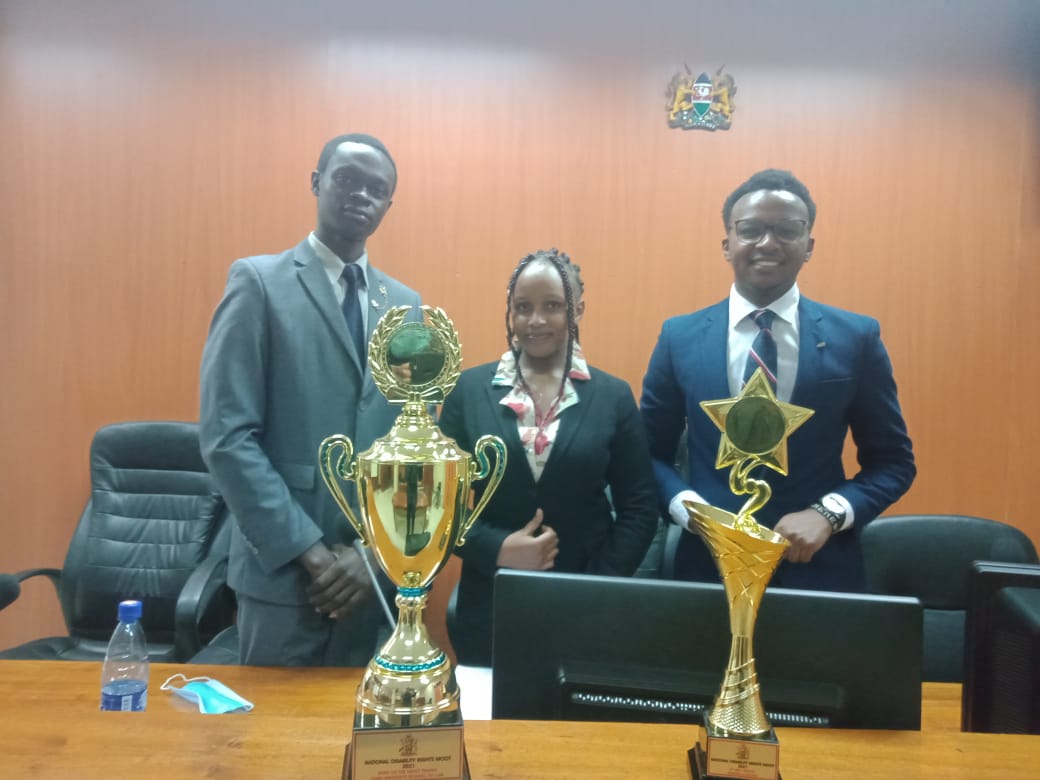 The inaugural Kenya National Disability Rights Moot Court Competition organised by the University of Nairobi’s School of Law was held between 17th and 28th May, 2021. The meeting brought together participants from 7 law schools.
The competition was sponsored by Validity Foundation, an organization that champions for equality, inclusion and justice for persons with mental disabilities. It focused on mental disability rights. The issues arising included challenges that arise when a court finds a person with a mental disability guilty but insane in a criminal case.
Case in point was a scenario where a person with a mental disability, and accused of assault, was detained for 38 years, yet the statutory penalty for such an offence for persons without mental disabilities is between 1 to 5 years, which raised inter alia, questions of discrimination.
Under the tutelage of Dr Victoria Miyandazi, a Lecturer at the Law School, two student oralists, Mr Munene Njoroge (2nd year) and Mr Joseph Amaganga (1st year), and a student researcher, Ms Mercylyn Irungu (1st year), represented the University.
The University of Embu’s School of Law students emerged third place overall, winning the ‘Spirit of the Competition Trophy’. The team attained the third highest score for their memorials. Mr Munene Njoroge, won a trophy for emerging the 2nd best speaker in the competition’s preliminary rounds. The performance of the students is an indication of the emergence of University of Embu’s School of Law as a top tier trainer in Law in the country.
Among other participants in this rigorous competition was Strathmore University’s Law School which emerged winners of the final round of the competition with Jomo Kenyatta University of Agriculture and Technology’s School of Law coming in second place. Other participants included law students from University of Nairobi, Catholic University of East Africa, Mt. Kenya University and Egerton University. 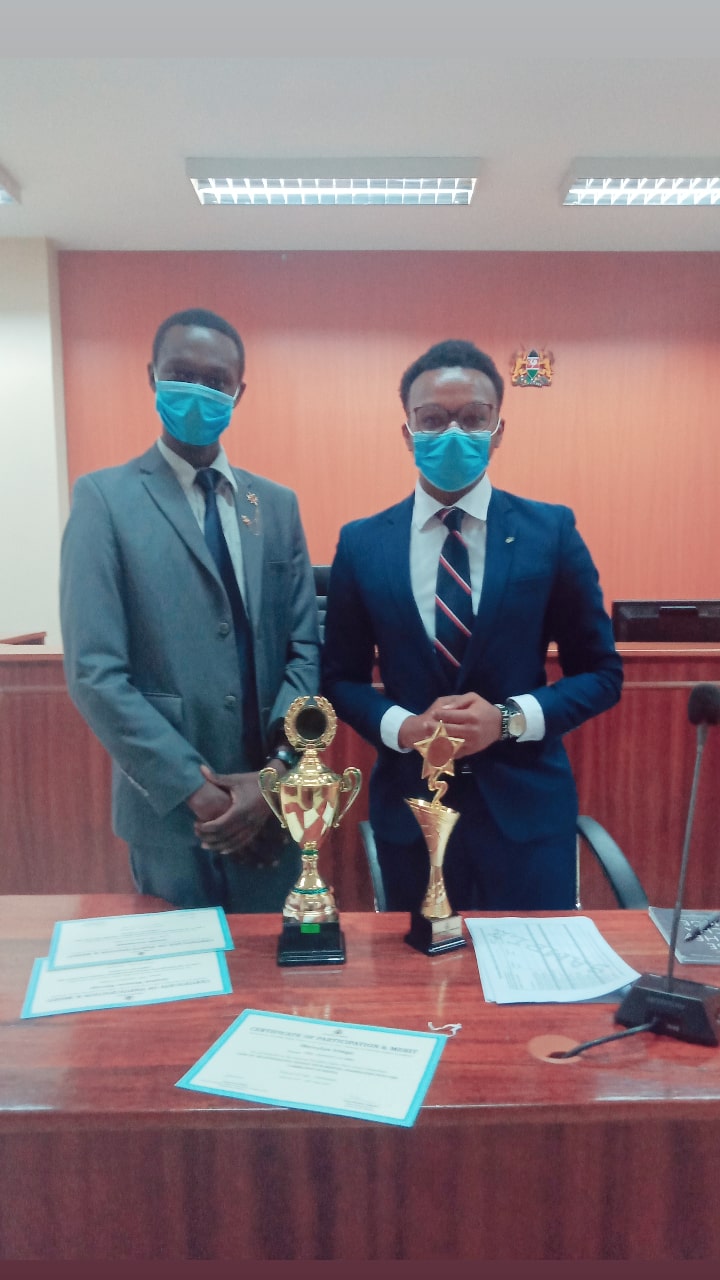 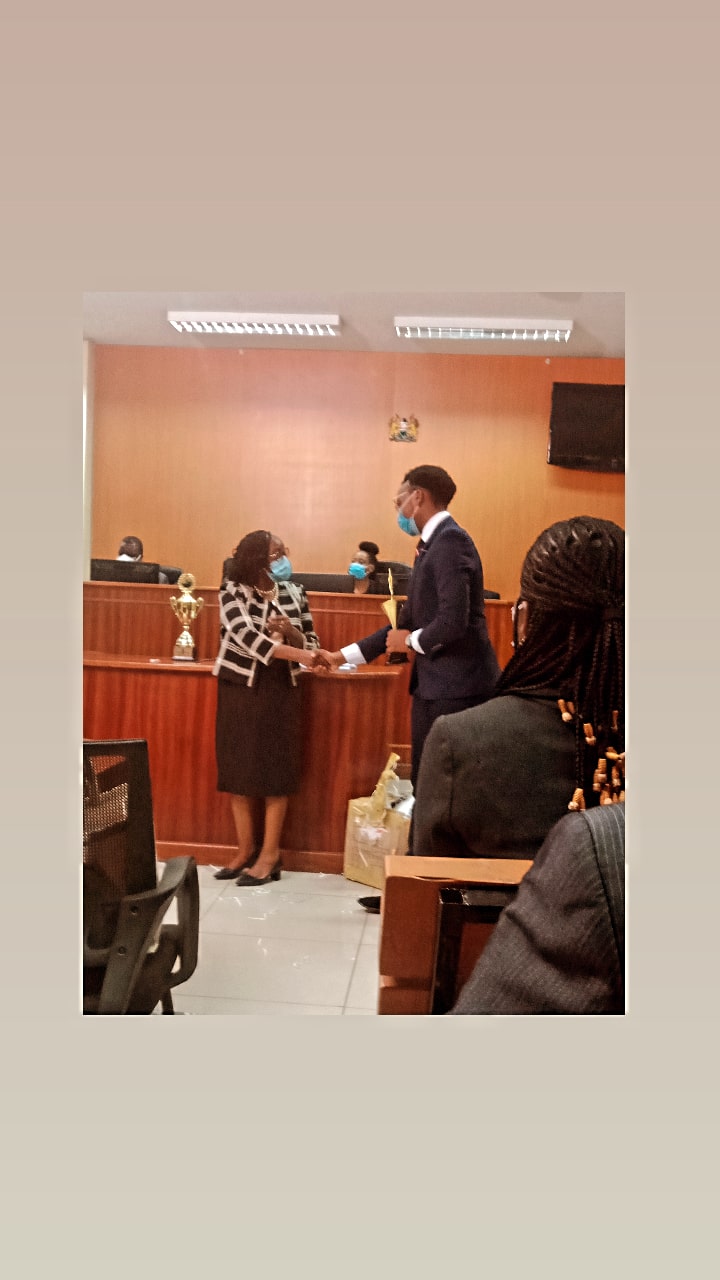