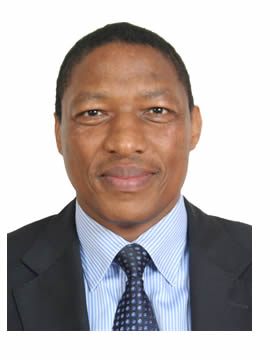 Prof. Paul Musili Wambua is currently serving as a Full Professor of Law at the University of Nairobi School of Law, Kenya where he teaches maritime law, law of the sea, Insurance law and Corporate Governance with a research interest in maritime security and corporate governance. He has held the position of Associate Dean for the School of Law between 2010 and 2016. In 2010 while on sabbatical leave from the University of Nairobi he taught and held the position of the Dean at the Kabarak University School of Law. He has also been a visiting scholar and researcher at other universities and institutions of higher learning in Kenya, Rwanda, India, South Africa and Germany.
Prof. Wambua holds a Bachelor of Laws (LL.B) degree from the University of Nairobi; a Post Graduate Diploma in Law (with Distinction) from the Kenya School of Law; a Master of Laws (LL.M) degree (with merit) from the University of London; a Master of Business Administration -MBA (Magna cum Laude) from United States International University (USIU)-Africa; and a Doctor of Laws (LL.D) in maritime law and law of the sea from Ghent University, Belgium on a VLIR Fellowship program. He has won several academic awards and fellowships including the Anant Pandya Award (1980) for highest score in EAACE (A level) Examination; the Law Society of Kenya Prize (1986) for being the best student in the Council of Legal Education (CLE) qualifying examinations at the Kenya School of Law; and Kachra Jivraji Prize (1986) for the student who made the most non academic contribution at the Kenya School of Law.
Prof. Wambua has been a resident research scholar in piracy and maritime security at the prestigious Max Planck Institute of Foreign and International Criminal Law in Freiburg, Germany; at the Security Institute for Governance and Leadership in Africa (SIGLA) Stellenbosch University, South Africa; and at the National Maritime Foundation, New Delhi, India. He served as a member of the High Level Team of Experts which set up the Fisheries Crime Law Enforcement Academy (FishForce Academy) at the Nelson Mandela University, Port Elizabeth South Africa and the local chapter at the University of Nairobi. He also served as a member of the team of experts who drafted the 2050 Africa’s Integrated Maritime Strategy (2050 AIM Strategy) , the African Maritime Transport Charter and the Technical Report on  Security and Safety at Sea for the Indian Ocean Rim Association (IORA).
Since 2000 Prof. Wambua has been appointed by the Government of the Republic of Kenya to serve in several senior public service appointments including commissioner with the Constitution of Kenya Review Commission (CKRC)-(2000-2005); Chairman of the Task Force on the Review of Maritime Laws (2002-2003); Chairman of the Betting Control and Licensing Board (BCLB)- (2013-2016); Chairman of the Task Force on Rights of Persons detained, held in custody or imprisoned (April 2011 to November 2011); and more recently (in October 2016) Chancellor of the University of Embu. He has also consulted for regional and international organizations including the African Union (AU) and the Intergovernmental Authority on Development (IGAD) during which time he participated in the development of key policy/ blue print documents on the maritime domain and the blue economy.
A renowned scholar in maritime law, Prof. Wambua has presented scholarly papers at national, regional and international conferences. He has published widely on maritime law, piracy and corporate governance. Besides teaching law, Prof Wambua has also been a leading legal practitioner and international commercial arbitrator in the city of Nairobi.