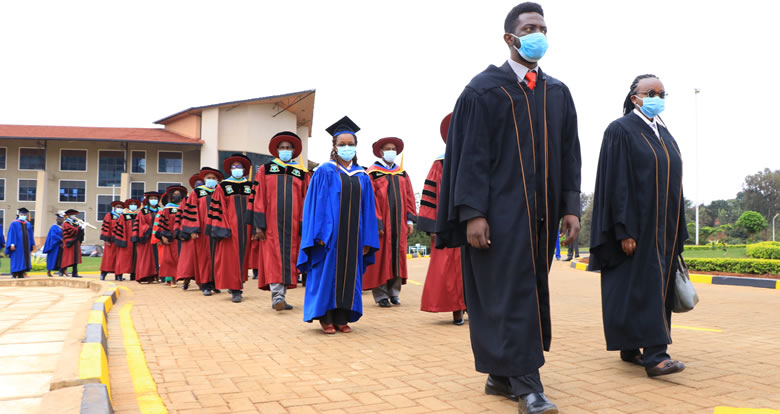 The University of Embu hosted the 6th Graduation Ceremony on 17th September, 2021 at the University Graduation Pavilion. The Ceremony which was attended by the Cabinet Secretary, Ministry of Education, Prof George Magoha, the University Chancellor, Prof. Paul Musili Wambua presided over the conferment of Degrees and award of Diplomas and certificates to 1,570 graduands. During the ceremony, Ph.D., Master’s and first class Honours graduates were invited to attend physically while the other graduands and their families followed the ceremony live on KTN Home, Uvoro TV and University’s social media pages.

The Cabinet Secretary, Ministry of Education, Prof George Magoha commended The University Council led by Dr. Kennedy Okong’o, the Vice-Chancellor, Prof. Daniel Mugendi and the entire University Management for steering the University in the right direction since it was established as a Constituent College of UoN in 2012 until it became a fully-fledged University in 2016. He noted that since the award of Charter by the President of the Republic of Kenya, H.E Uhuru Kenyatta, the University of Embu had grown in leaps and bounds to become the top performing institution in the public service. He said that under Prof. Mugendi’s leadership, the University had witnesses major transformation from a small University College with only 123 students to a renowned and respected player in the higher education sector. The CS pledged continued government support to the University so as to realize its core mandate of teaching, research and extension. He further congratulated the University for being ranked the best performing state corporation in the 2019/2020 performance contracting evaluation terming the win as result of observance high standard in performance and compliance in all its operations. He noted that the performance had brought a lot of pride to the Ministry of Education and the education sector as a whole because it is a demonstration that education sector is at the forefront in the realization of our national goals.

During the ceremony, Dr. Margaret Gikuhi was conferred with the Degree of Doctor of Humane Letters (Honoris Causa) by the University for her outstanding achievement as an educator with impeccable record of distinguished public service spanning over 40 years. Dr. Gikuhi became the first recipient of this Honorary Degree from the University of Embu.

The CS also congratulated the graduands and urged them to be creative and innovating and take advantage of government’s youth programmes. He called upon the graduating students to be solution providers to the immediate needs of the nation.

The University of Embu Chancellor, Prof. Paul Musili Wambua commended the graduands for their resilience and the commitment in pursuit of excellence despite the effects of the Covid-19 Pandemic. He urged them to be good ambassadors of their alma mater. The Chancellor, urged the graduands to use the skills and knowledge acquired from the University to contribute positively to the society and make the world a better place for everyone.

The Chair of Council, Dr. Kennedy Okong’o, expressed his appreciation of the University community to the Government through the Ministry of Education for the support it had continued to give the University of Embu for the implementation of the 10-year Strategic Plan which is currently in its 3rdyear of implementation. Dr. Okong’o encouraged the graduands to use what they have gained in the University to develop their talent and build their careers for service to humanity. 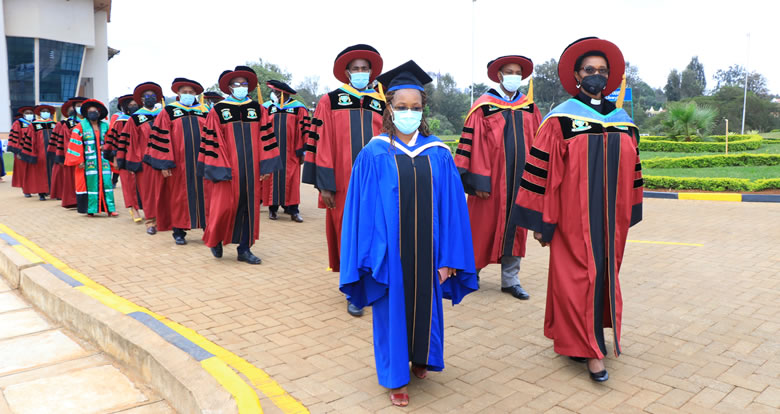 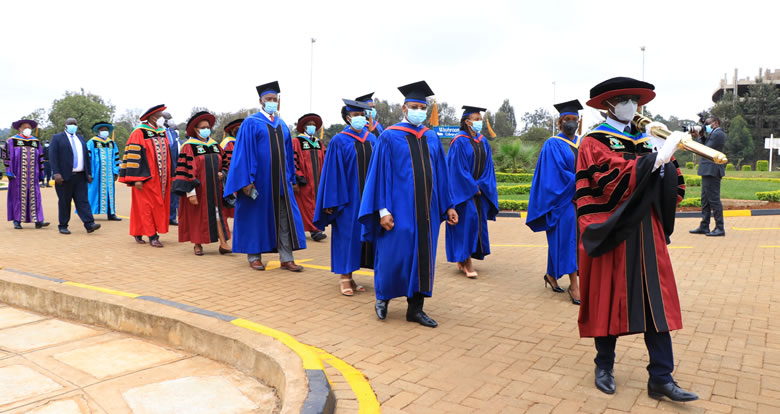 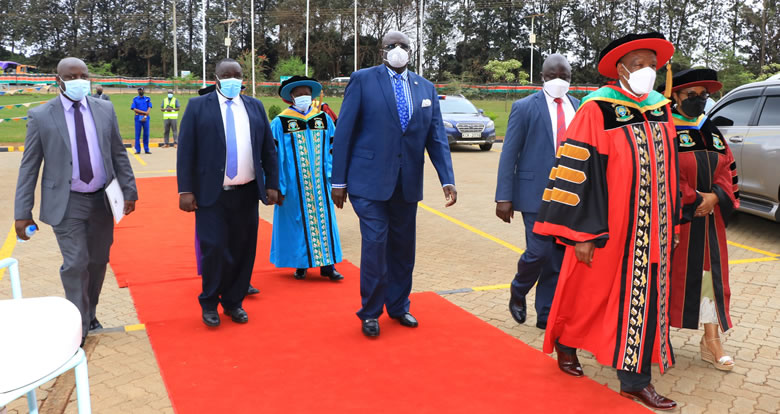 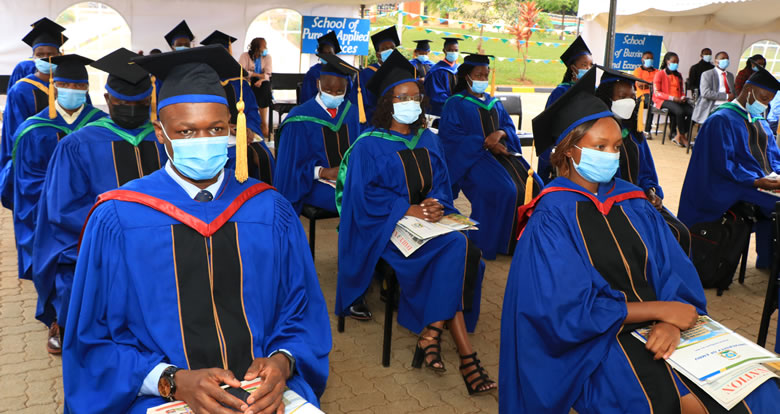 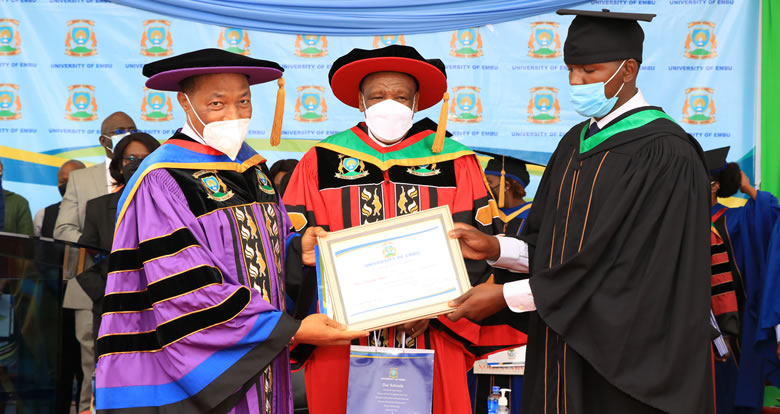 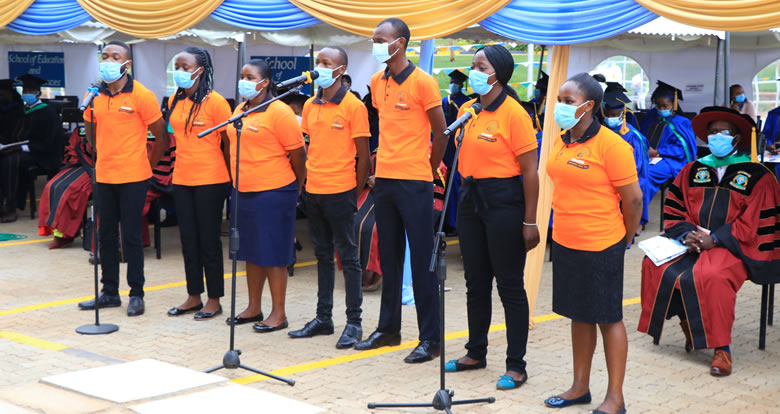 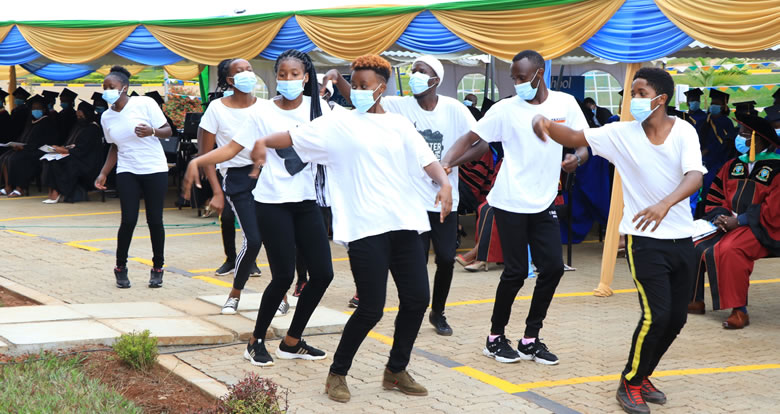 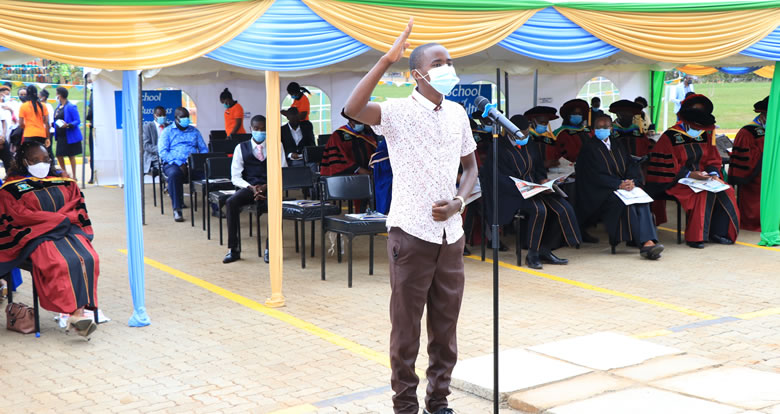 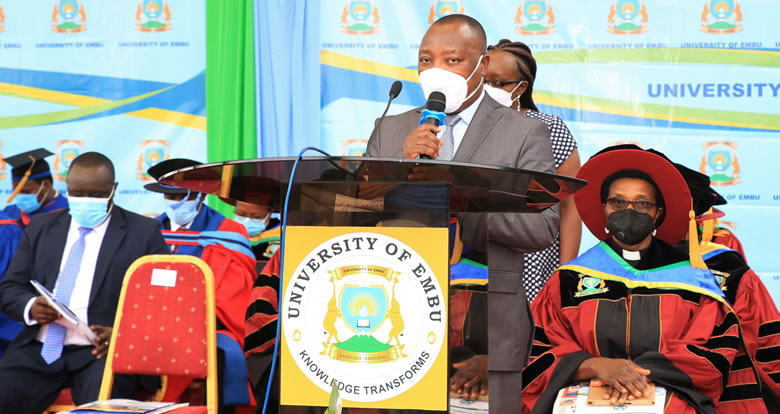 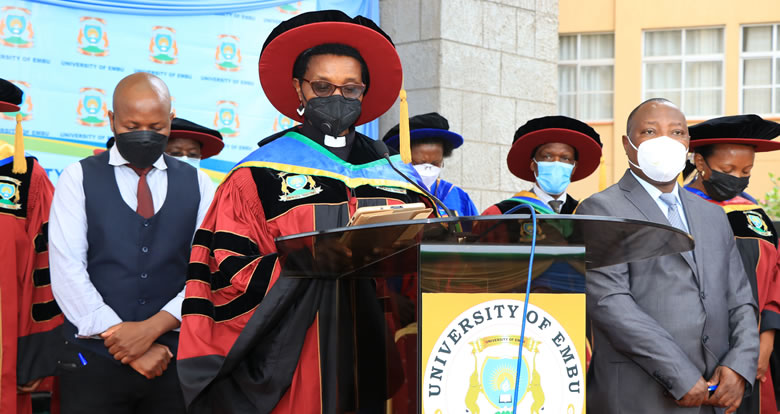 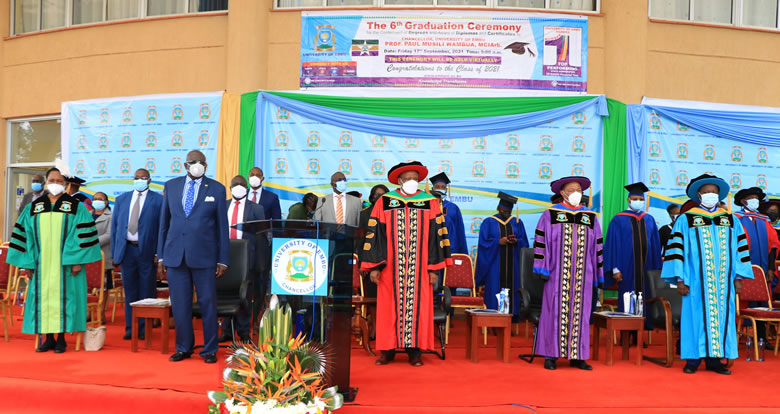 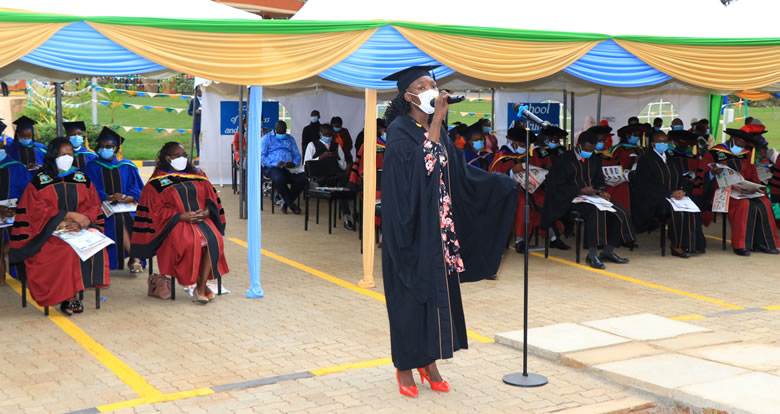 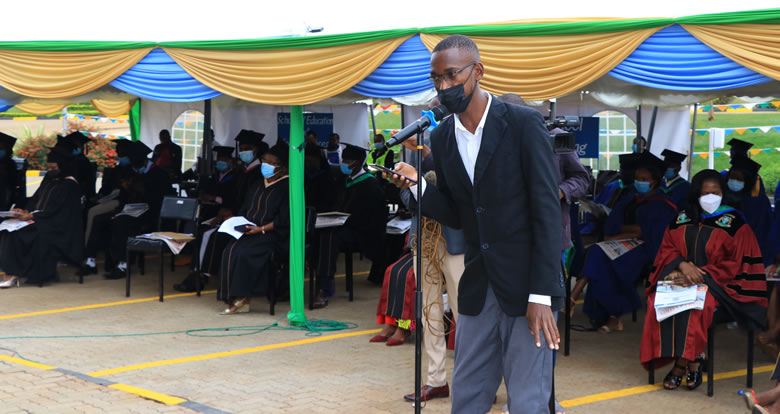 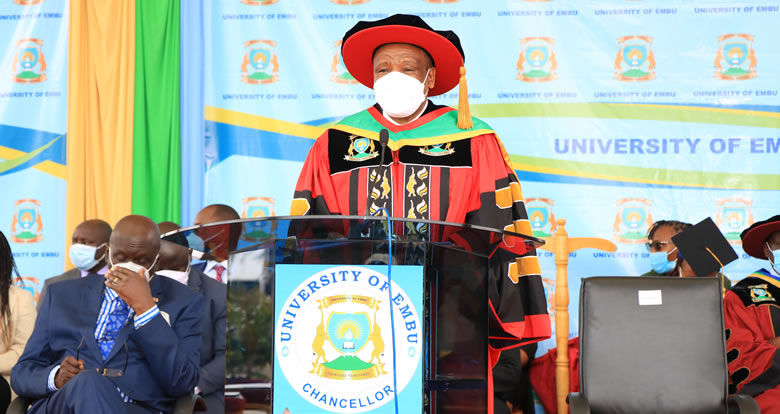 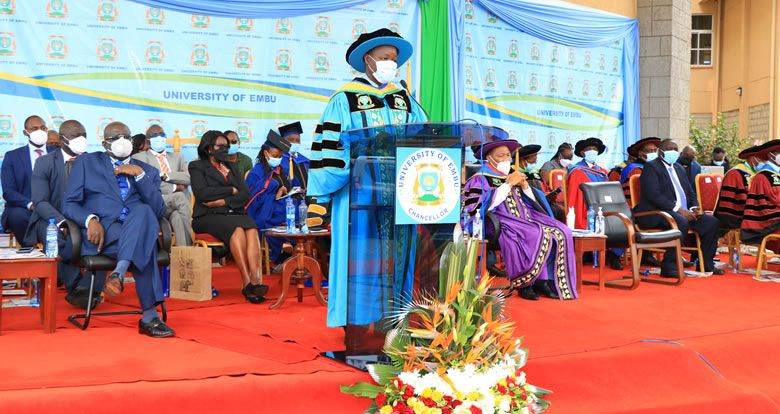 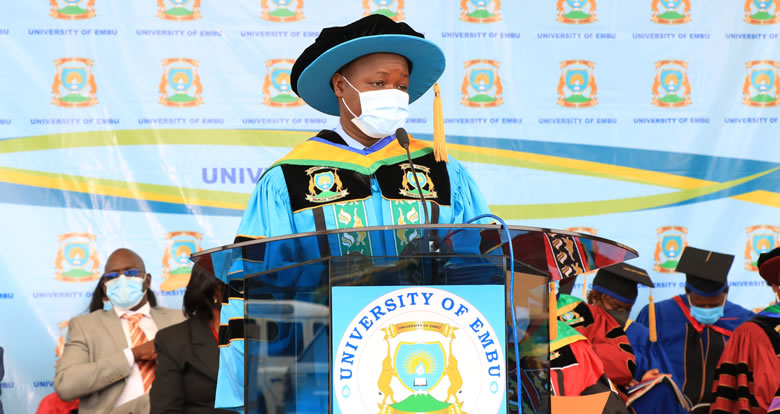 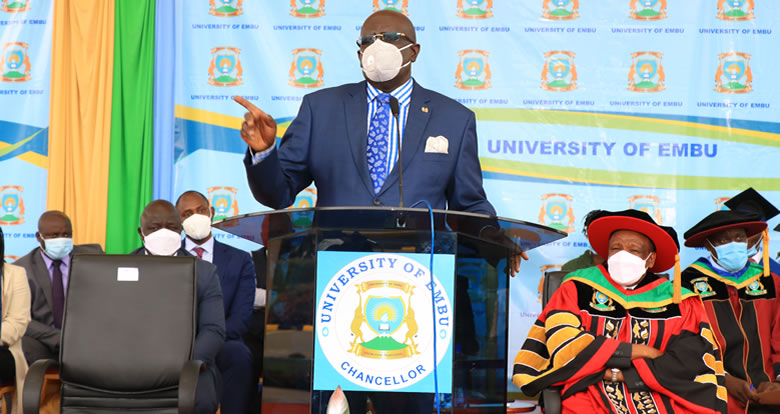 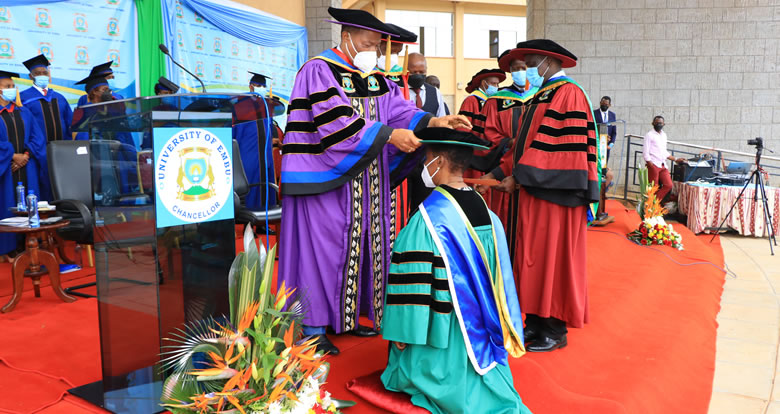 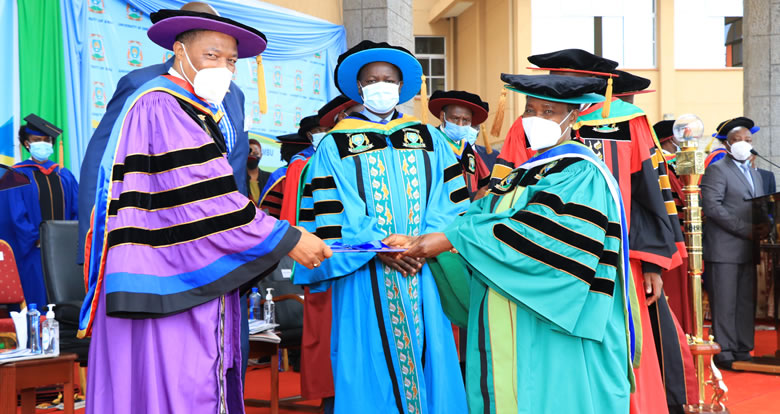 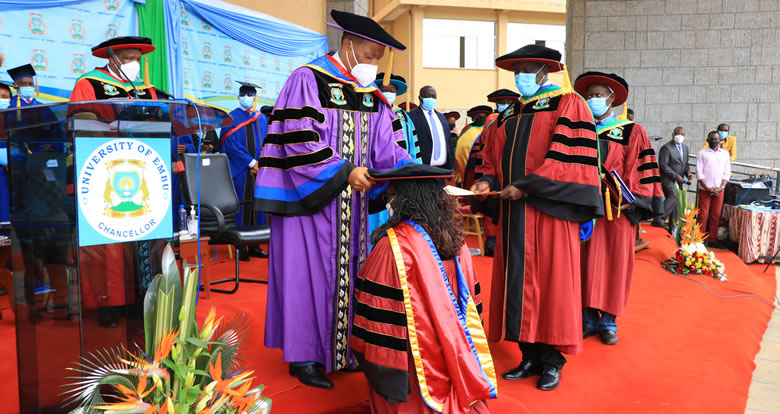 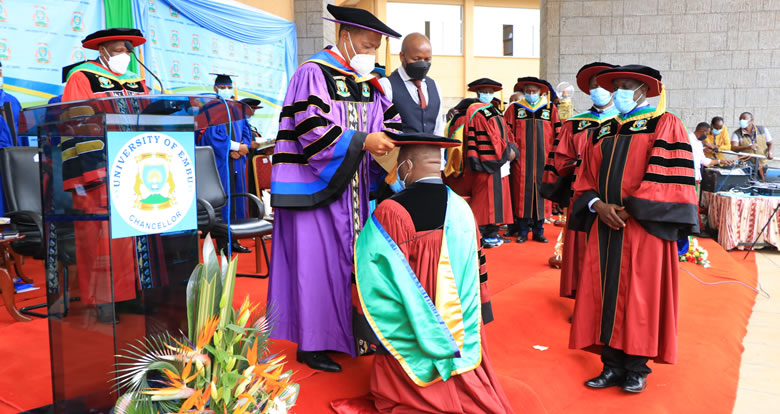 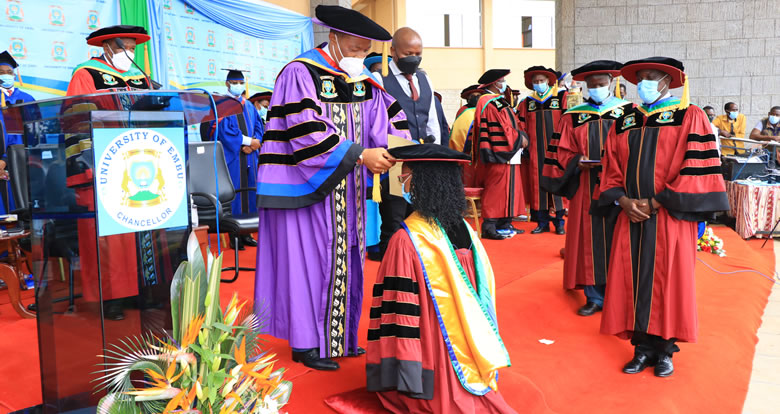 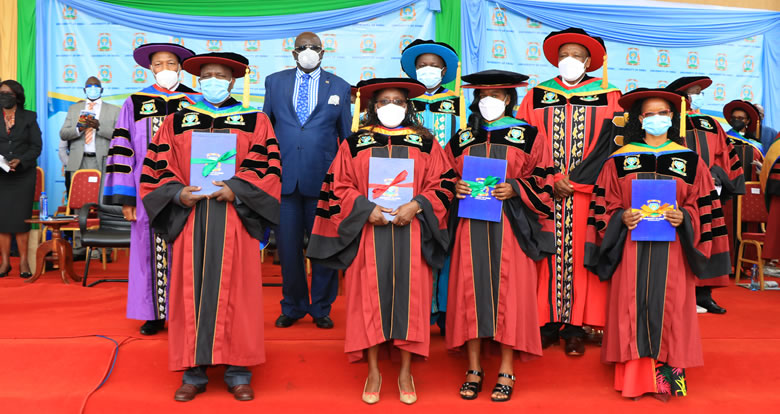 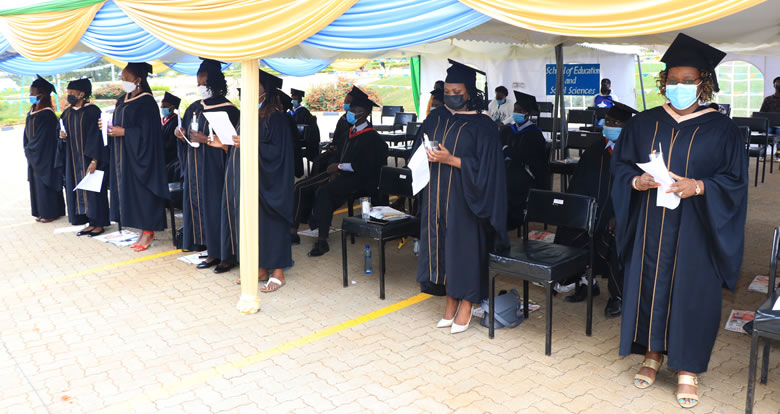 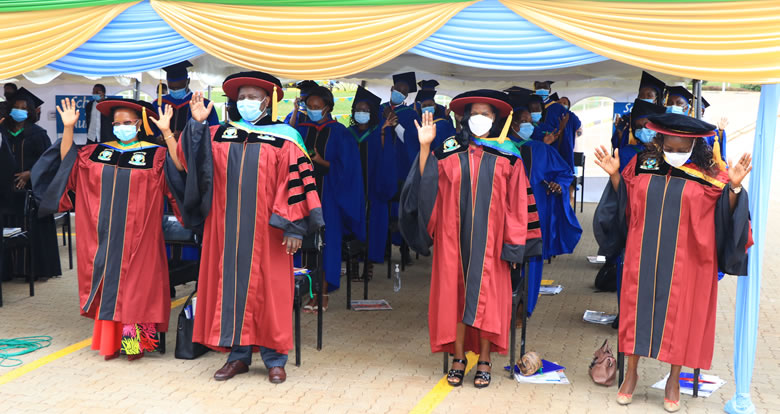 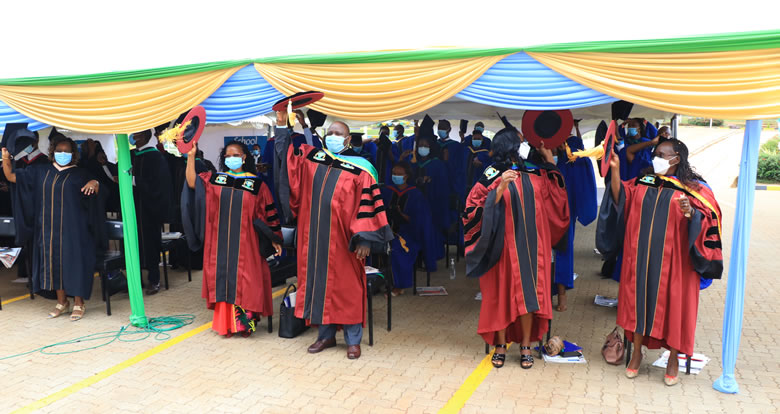 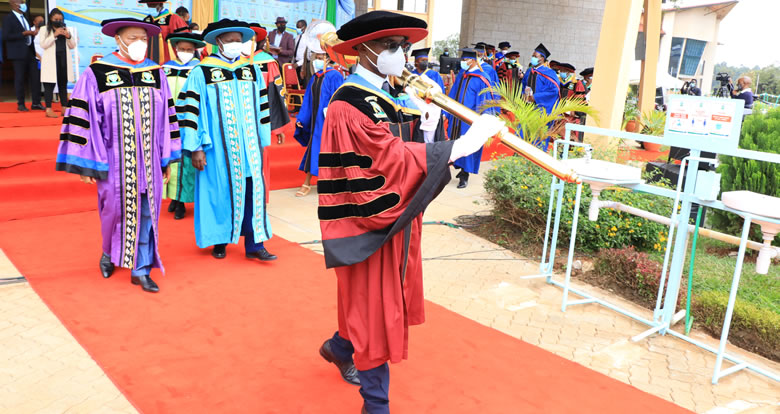